2014 was our busiest year since 2011 and the RWC. It included new TV series, an election campaign, and more productions using teleprompter units as Interrotron rigs (our dry hire ProPrompter kit has been especially popular for this). Orange Productions’ elaborate rig for TVNZ’s 2015 Season Launch used four prompt monitors displayed around the Civic theatre. 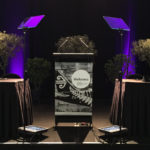 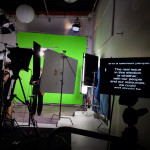 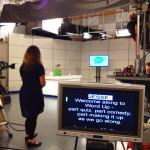 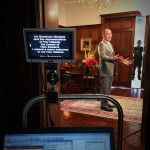 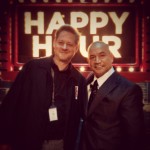 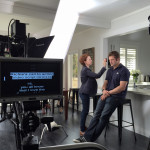 And coming up in the next few months we have the FIFA U20 World Cup, ICC ODI World Cup, a TV game show and more award presentations and conferences.
No one has more experience prompting presenters than we do and it’s a reputation we guard passionately.
So go on, ask us anything :-). 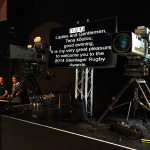 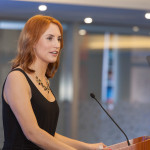 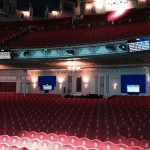 This (very early) morning’s view from the office